Submarine zine game made for https://itch.io/jam/flyover-zine-jam

Start of the Game

Create the game map, the size of which is determined by number of players. The game is played on a grid. Label the horizontal axis with letters, and the vertical axis with numbers.

The base map size for a 2 player game is 6x6. Each additional player adds 2 to the width and height of the grid:

The player who was most recently in a submarine goes first.

Each player takes turns giving commands and determining results. Note your commands in the command log and mark your position (and any active torpedoes or mines) on your map each turn. Movement is only to adjacent spaces, not diagonal spaces. It's advisable to track any contacts on the map, too. Refer to the Submarine Captain's Guide for more operational instructions.

The last surviving submarine wins the game! If no submarines survive then the game ends in a draw.

The map is how you track your submarine's position, and the positions of your mines and torpedoes. You are advised to also track contacts on your map, but you are not required to do so.

As the Captain of your submarine it is your duty to keep accurate records of your commands each turn. Commands are most easily tracked when grouped by turn, some turns you may only move, but sometimes you will also need to track the positions of torpedoes. It can be difficult to remember what happened previously if you don't keep an orderly Command Log.

Your submarine has powerful engines with stealth capabilities, and is equipped with sonar, torpedoes, and mines. While your submarine is powerful, it is fragile. Do not let anything impact it or all aboard will perish.

Your submarine is capable of high speeds, but the engines can generate significant noise and reveal your position, unless you suppress all unnecessary noise by moving slowly and purposefully.

Your submarine has two kinds of sonars available: passive and active. Passive sonars pick up sounds in the vicinity, while active sonar generates a loud "ping" that returns echoes, revealing objects even if they are stationary.

Torpedoes are deadly missiles that destroy anything they impact with. While your submarine is armed with as many torpedoes as you might possibly need, a wise Captain will not fire them recklessly.

Mines are dangerous bombs that detonate when something strays into them. Each submarine carries a limited supply of 3 mines.

ACTION: Place Mine (if available)

Yes, if the submarine is silent running, meaning it's moving carefully and is potentially at a different depth, it avoids collisions with nearby objects. 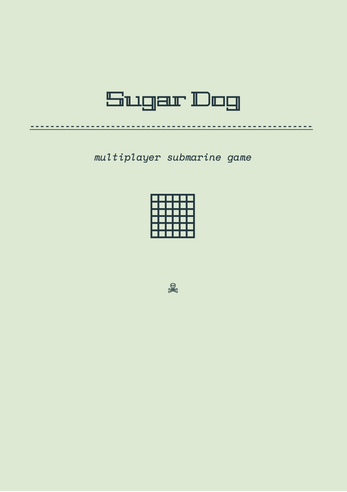 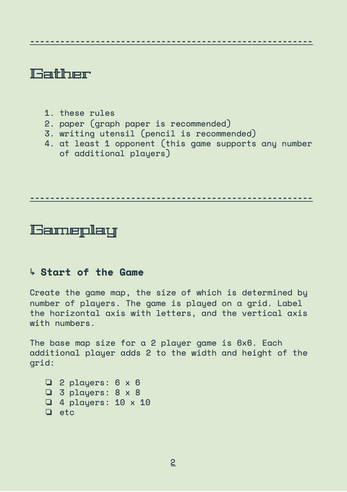 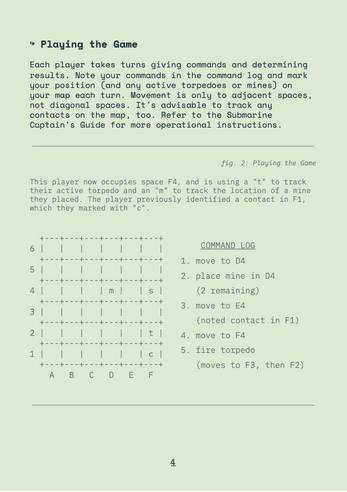 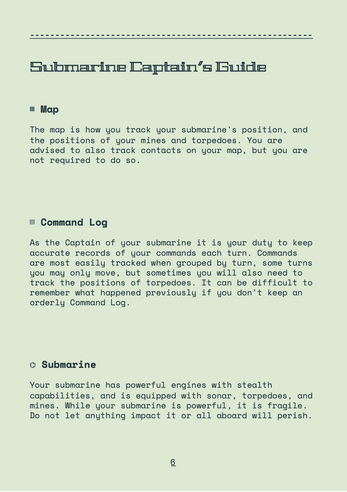